With the current Colorado and USFS COVID-19 guidelines and issues, FOMP is canceling our May 12th trail night. We’ll hope to see you all on our June 9th trail night after the sanctions are lifted, albeit likely still practicing social distancing and working in smaller groups.

With the exponential usage at the Fire Center, the trails are getting torn up, and we need to begin some much-needed maintenance work. Thanks for your support and thoughts throughout the pandemic, and we look forward to seeing everyone again.

In the meantime, here is some brief history of the Fire Center. 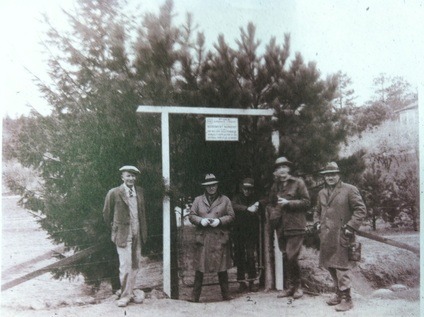 Monument Fire Center is the home base for the Monument Helitack Crew and the Pike Hotshots. Although known as a hub of activity for fire operations today, the first work boots to walk these grounds were worn by pioneering Forest Service employees in the early days of the agency. Five tent houses and a barn on 480 acres was the beginning. 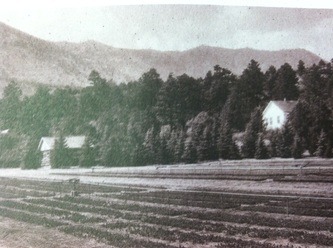 Monument Nursery in the early years.

In 1907 men from the Bureau of Forestry recognized this area would be an ideal spot to create a tree nursery; a fertile, easily accessible spot to produce seedlings for National Forests in the five-state Rocky Mountain Region. Their mission was to conduct reforesting efforts in areas that had been heavily logged or destroyed by large wildfires. The Mt. Herman Planting Station was born, soon to be known as the Monument Nursery. This was one of the first such nurseries in the newly created National Forest System. Monument Nursery served in that capacity for 58 years, providing millions of seedlings locally and nationally.

In 1920 the site was selected as a “Memorial Grove”, established in memory of Forest Service employees from the Rocky Mountain Region who were killed during WWI.  Individual trees were planted for each servicemember lost, and the Memorial Grove was later expanded to honor the memory of all deceased USFS Rocky Mountain Region employees. A memorial is held in the spring of each year to honor those from our past.

In 1934 the Civilian Conservation Corps established a camp here, setting hundreds of men to work during the lean years of the Great Depression. The residents of Monument saw the faces of men from all over the country come and go from the train station as they fulfilled their six-month “hitch” with the CCC. 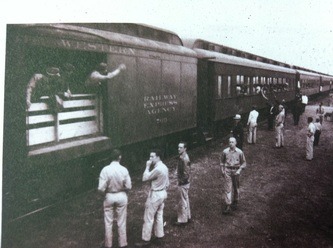 The last train load of CCC men departing Monument after the camp’s closing.

Those men constructed many of the buildings at the center, which are still in use today. When fire season arrived these men would aid in suppression efforts; those early fire crews laid the groundwork for the federal firefighting system to come.

The current configuration of the Fire Center was drafted in 1979 when the Pike Hotshots moved in. The old CCC buildings and dwellings were converted to accommodate the 20-person fire crew and their equipment. In 1996 Monument Helitack set up at the Fire Center, establishing a helibase just up the hill from the hotshots. Today the site consists of three barracks buildings, a large workshop, kitchen building, classroom, multiple storage structures, administrative building, the helibase, and the dwelling which originally housed the Chief Nurseryman. Each summer thirty or more firefighters call this place home, walking in the steps of those who broke ground before us.

Unlike some duty stations, the Monument Fire Center is ideal for crew operations, housing, and community access. Surrounded by miles of singletrack, at the foot of Mt. Herman and the Pike National Forest, only minutes away from downtown Monument and a short drive to Colorado Springs and Denver, this is a great spot for firefighters to call home. Ongoing efforts to modernize our facilities ensure that our base of operations will be here for years to come, continuing the tradition of service at Monument Fire Center.

No comments to show.